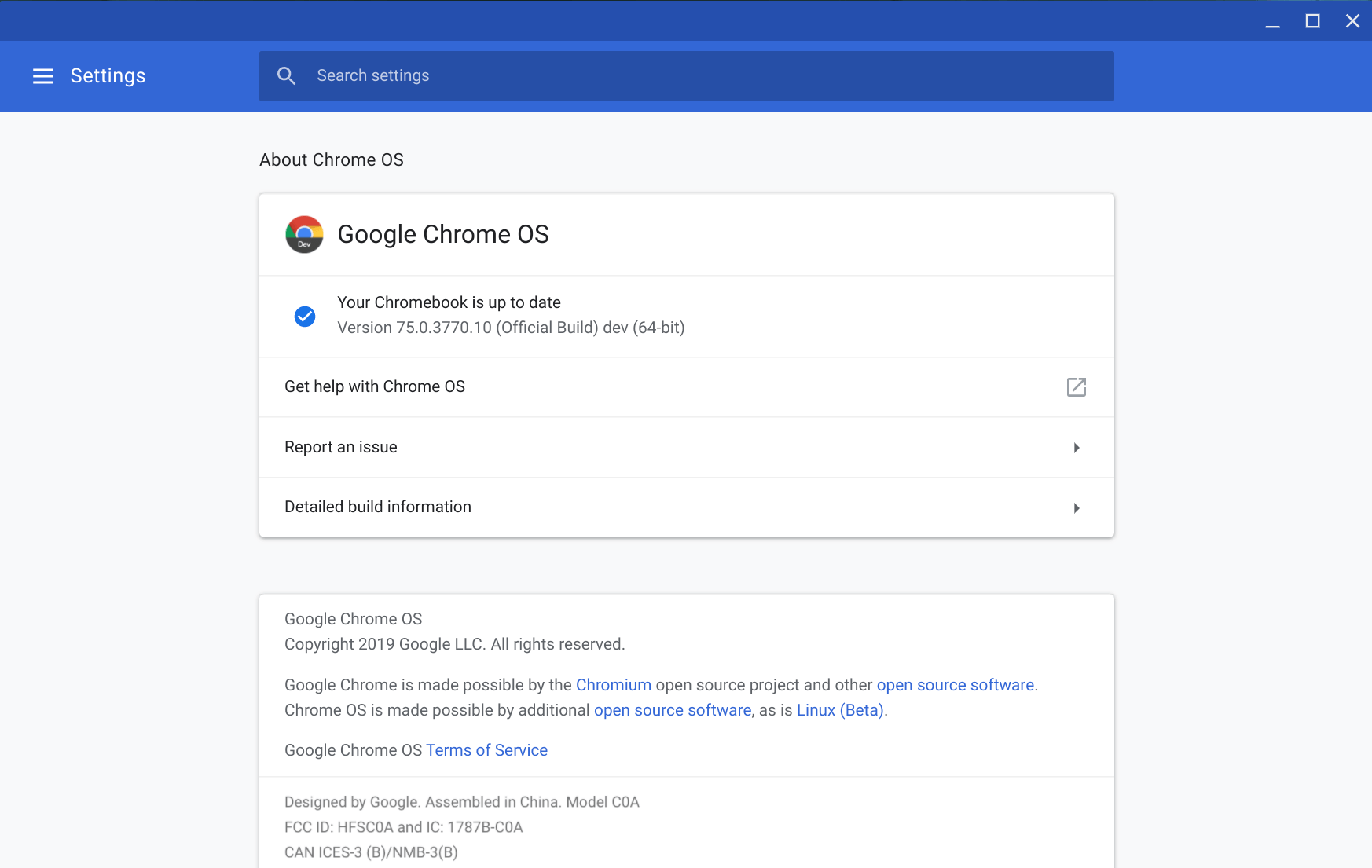 Google is currently pushing ChromeOS 75.0.3770.10 to users on the Dev channel. Software developers and Road Warriors all over will start to rejoice when they hear that Crostini containers will finally route connections through a VPN if active on your Chromebook.

Read moreChromeOS 75.0.3770.10 Rolling out to the Dev Channel – Enables VPN Support in Crostini and other Fixes

The fact that it was not possible to route traffic on a Crostini container over a VPN has been one of the most annoying bugs for developers who wish to use their Chromebooks to work in a corporate environment. Google has been working on a fix since I reported it over a year ago. The community of Chromebook owners were saddened to report that the fix was pushed back to M76 about 2 weeks ago. It looks like Google is going to squeeze it into M75, specifically in build 12104.0.0 which may hit the developer channel any day now.