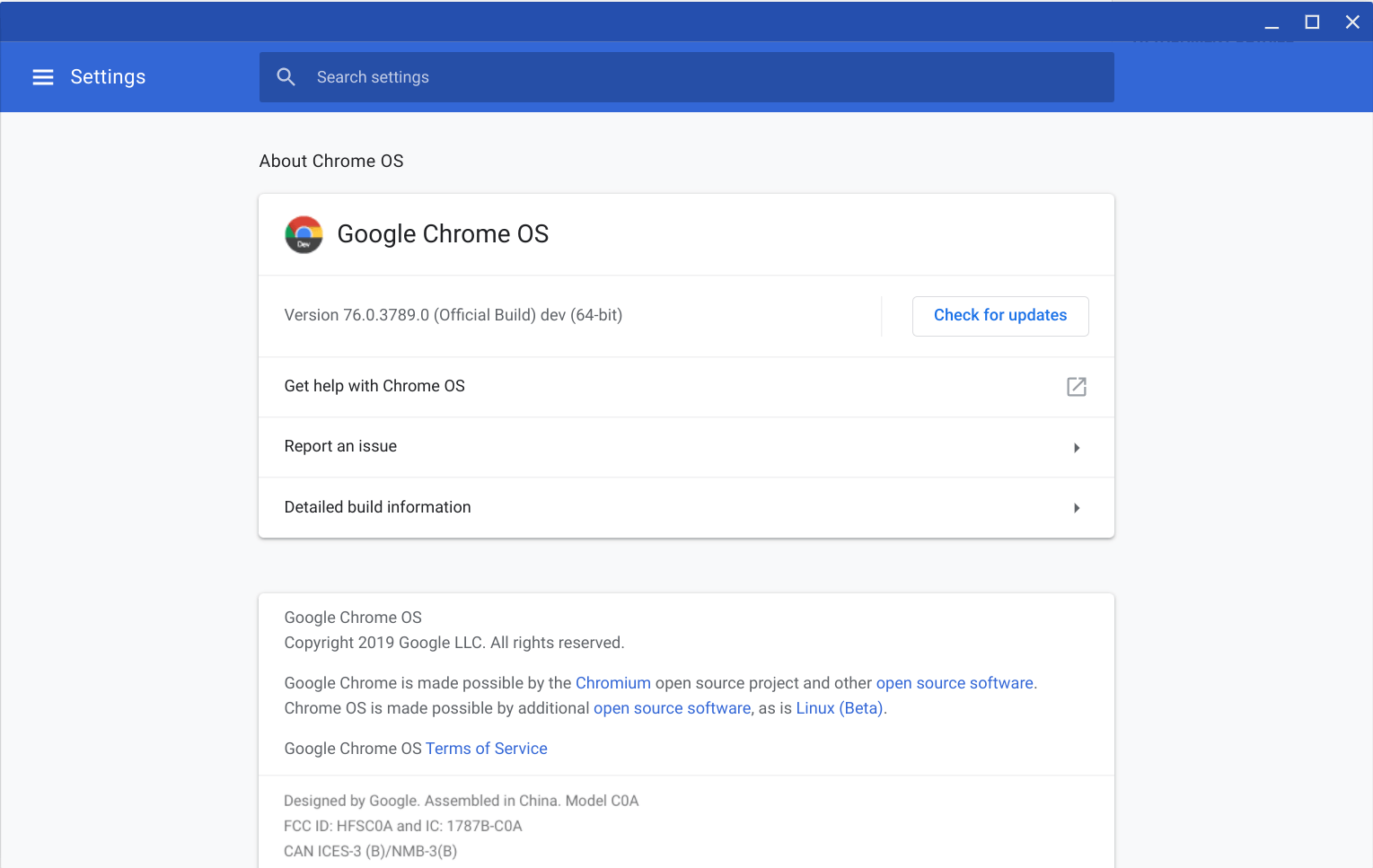 The Chrome team has just released the first Developer Build of ChomeOS 76 and it brings at least one welcomed change that eliminates the need to manually enable GPU support on Crostini. I am currently doing a teardown of the build to try to spot other changes and will update this post accordingly.