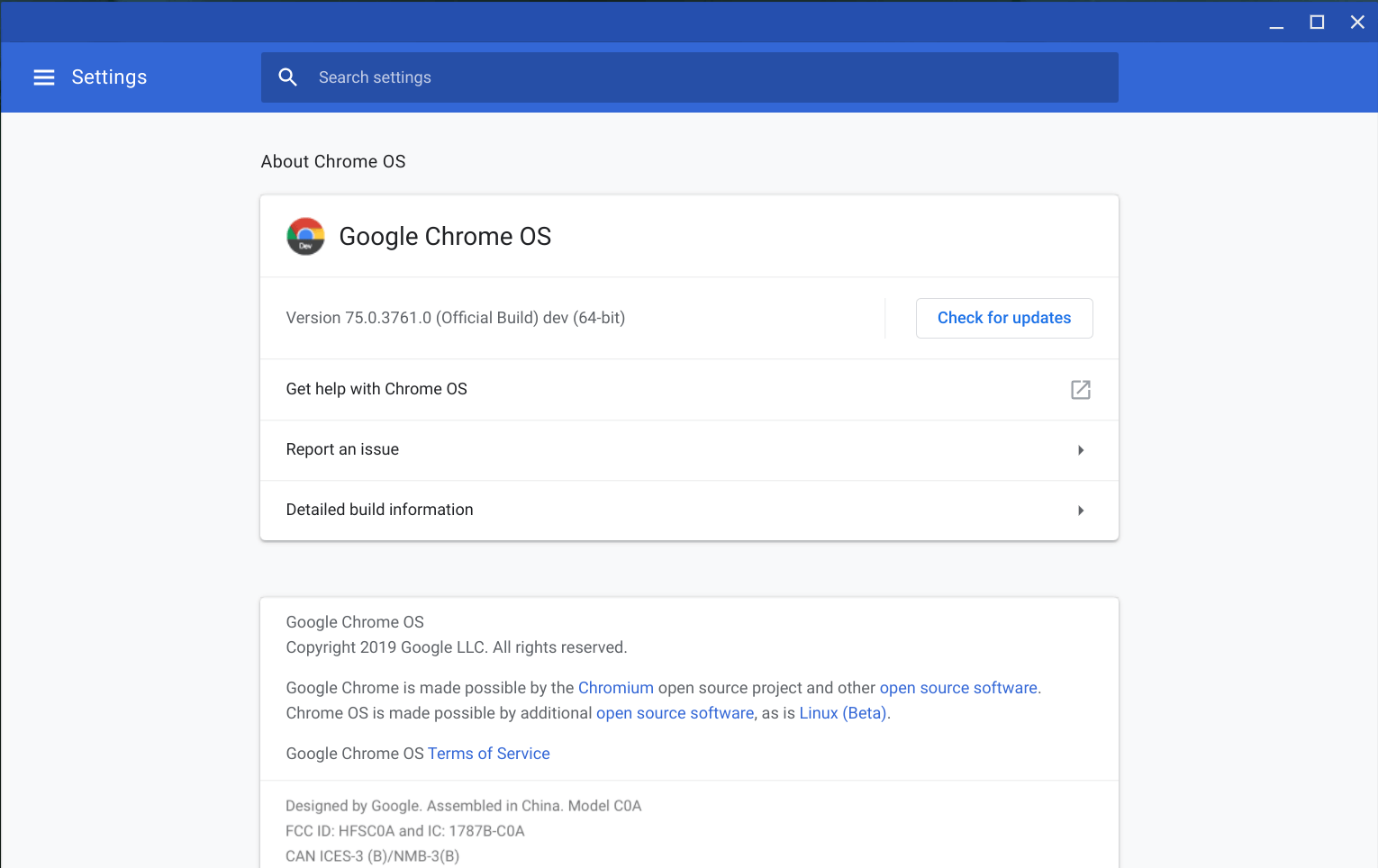 Heads up all ChromeOS users on the Dev channel, Google is currently rolling out ChromeOS 75.0.3761.0 to your devices. After performing a quick backup of Crostini, I took some time to install the update and find out what changed – it seems that it is not much. It is important to backup your “Downloads” folder as many items were deleted after the installation.

2 thoughts on “ChromeOS 75.0.3761.0 Rolling out to the Dev Channel – Enables Crostini USB by default and Minor refinements”